SSL certificate versus Transport Layer Security debate doesn’t seem to end, and the blame goes to lack of knowledge. Many Bloggers and experts in the field could not deliver the message properly, which led to confusion. (Transport Layer Security) TLS vs SSL (Secure Sockets Layer) debate will end now because we are going to explain simply.

TLS is a protocol providing intensive data integrity and data privacy between two communications-based applications. Many smaller companies and organizations such as web browsers, applications, and networks utilize it to send & receive data without third-party intervention.

The combination of TLS vs SSL provides intensive security for web browsers and applications to create a secure network.

TLS uses a combination of symmetric and asymmetric cryptography, as this provides a good compromise between performance and security when transmitting data securely.

How Does TLS Works?

You can learn about the difference between TLS vs SSL by comparing the functions. The combination of symmetric and asymmetric cryptography is utilized in transferring data securely.

The TLS connection encrypts the data between 128 bit to 256 bit, and Symmetric cryptography develops a powerful secret key. The TLS connection can create a public key and a private key depending on the task, and then the sender can transfer data to the recipient securely. The decryption key does not land in the hands of a third party because it remains with the recipient.

TLS is an exceptional method to verify the server’s public key ownership in a few seconds. The X.509 digital certificate is issued by the Certificate Authority (CA) via third-party sellers. We have seen several servers sending a self-signed certificate to the servers, but the browser reminds the users about it.

How can I complete domain control validation for SSL certificate?

Domain Control Validation (DCV) is a security mark for the domain owners, and no one should avoid it at any cost.

Difference Between TLS vs SSL

The difference between TLS vs SSL often confused by the experts but the real difference is minor. TLS vs SSL are different techniques and TLS is the successor to SSL. TLS is a stronger and advanced encryption algorithm, which is capable enough to work on different ports.

The SSL has been around for a long time. Meanwhile, the developers started to work on something much better. The Internet Engineering Task Force (IETF) developed TLS (Transport Layer Security) digital security standard. The TLS is a stronger digital security element, which can create a secure connection to keep the data from thieves and hackers. No one can decrypt the data without the public key or private key.

The SSL also was known as the Secure Sockets Layer protocol developed by Netscape and the technology build on public/private key encryption on data. SSL is a universal solution supported by the majority of servers, browsers, applications, and more.

The SSL is industry-standard protection, which integrates with applications, payment gateways, transactions, and others. Millions of online businesses are utilizing the SSL certificate encryption to keep the data away from third-party interruption. The growing rate of hackers has encouraged the customers to avoid shop from non-SSL protected sites.

How To do SSL Certificate Renewal?

Many are aware of the fact that TLS is a next-generation security layer developed by the IETF.

TLS had drawbacks in the past, which led to several security breaches. The IETF fixed the issues to gain momentum in the market to secure application access, data transfers, web browsing, and more. TLS secures internet-based communication, and the protocol has evolved. The different set of sub-protocols lays down a specific level of security for web servers, VPN’s, web-based applications, etc.

TLS is a next-generation technology to ensure digital safety and free from vulnerabilities.

There is no end of transport layer benefits. The TLS certificate offers a stronger secure connection compared to private certificates and self-certified certificates. We are going to list down some of the prominent benefits of the TLS.

One: The TLS utilizes the Key-Hashing for Message Authentication Code (HMAC) to verify the servers so that no one can tamper in between the transfer journey.

Two: TLS’s full form is Transport Layer Security, and the name suggests itself specific and detailed reports on errors.

Three: Unlike SSL, TSL designed to utilize PRF and HMAC values to confirm the authentication.

Four: TLS is not a complicated technology to implement, so anyone with basic knowledge can integrate it.

The list of difference between TLS vs SSL keep goes on, so we are going to end with five.

Transport Layer Security is a successor to SSL, and many people did not adjust to the new change. It might take a while for web servers companies, private companies, and public companies to implement TLS. 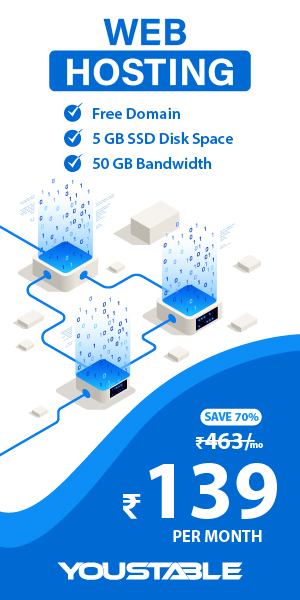